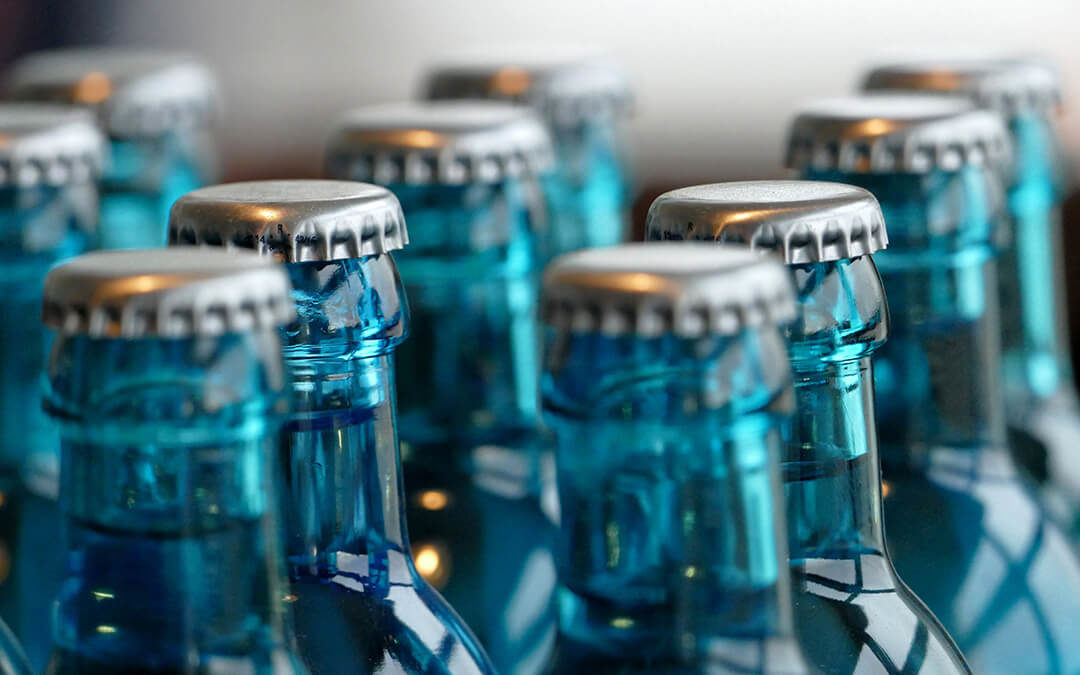 Let’s take a look at what makes carbonated water bubbly. When pressurized carbon dioxide is dissolved in potable (drinking) water, the resulting carbonic acid creates bubbles. As the pressure is released – such as when a bottle or can is opened – the carbon dioxide bubbles up and out of the water. The fizzy sensation we feel when drinking a carbonated beverage is the bubbling of carbonic acid on our tongues!

For centuries, naturally carbonated mineral spring waters have brought healing and effervescent enjoyment to those who drink it. Sparkling mineral water results from a natural carbonation process within a spring or well. When the water source is deep enough, volcanic carbonic acid permeates the water, creating a subterranean carbonation process.

Bottling and distribution of natural spring sparkling water began in Germany in the late 18th century, helping to spread the popularity of bubbly water to America and around the world.

Carbonating water with pressurized carbon dioxide creates seltzer water – named after the sparkling-spring-rich town of Selters in Germany. Adding sodium and other flavoring minerals to seltzer water creates club soda. The term “soda” refers to the sodium content of carbonated water. After World War II, the term “soda water” fell out of popular use – today, “soda” is most commonly associated with heavily sweetened soft drinks.

Mineral salts like sodium bicarbonate, sodium citrate, disodium phosphate, and sodium chloride are added to club soda for taste. The amount of added sodium is small, providing more of a hint of its taste, rather than a full flavor. No one wants to drink water that tastes like salt – carbonated or not!

Due to its mineral content, sparkling mineral water is closer to club soda than to seltzer water. Without any additives, mineral or otherwise, carbonated water is simply seltzer water.

3. Tonic Water Was Created to Mask Its Defining Ingredient

As a carbonated mineral water, tonic water is like club soda, but with sugar and quinine added for flavor. Quinine’s anti-malarial properties made it a popular medicine in tropical regions of the 19th century British Empire. Mixed with sweetened carbonated water (and a splash of gin), quinine became more palatable. Over time, the tonic water formula was refined, with lower levels of the bitter quinine, and higher levels of sugar and sodium.

The word “tonic” connotes a substance with medicinal properties. While tonic water is no longer consumed as medicine, its popularity as a mixer remains high. The unique bitter flavor of tonic water comes from its quinine content – the very flavor the tonic was initially meant to hide!

4. Glass Is Better For Bubbles Than Plastic

Because plastic is more permeable than glass, carbonated beverages retain their fizz longer in a glass container than in a plastic container. Also, because glass is flavorless, it has no effect on the taste of a beverage. Carbon dioxide reacts differently to plastic, changing the way bubbles form in a plastic bottle or cup. Carbonated beverages in glass bottles tend to hold their carbonation longer than those in plastic bottles. Depending on the beverage, plastic can also affect the taste of the liquid it holds.

Something fun to try: if your favorite carbonated drink is available in both glass and plastic bottles, try taking a taste test. Is there a difference between the two? Do the bubbles taste different? If possible, put a soda fountain version of the same drink to the test. Varying carbonation levels – and container materials – can have surprising effects on the taste our favorite sparking drinks.

The mineral content of carbonated water affects its bubble content – due to the way carbon dioxide interacts with mineral additives. Because of how our taste buds react to carbonic acid, smaller bubbles taste different than bigger bubbles. Carbonation levels also have a direct influence on how we taste the flavoring additives in soft drinks. And, as anyone who’s made a mess while opening a shaken can or bottle of soda pop knows, changing pressure has its own effect on bubble concentration.

How much carbonation makes a bubbly drink taste just right? What’s the perfect level of sparkle for optimal flavor? No matter which sparkling beverage is your favorite, the magic ingredient is always carbon dioxide.

Contact CalOx to learn more about the beverage-enhancing qualities of pressurized carbon dioxide.

← What Are the Dental Benefits of Cryotherapy? Is Your Restaurant Ready For Nitrogenated Beverages? →