Is Your Restaurant Ready For Nitrogenated Beverages? 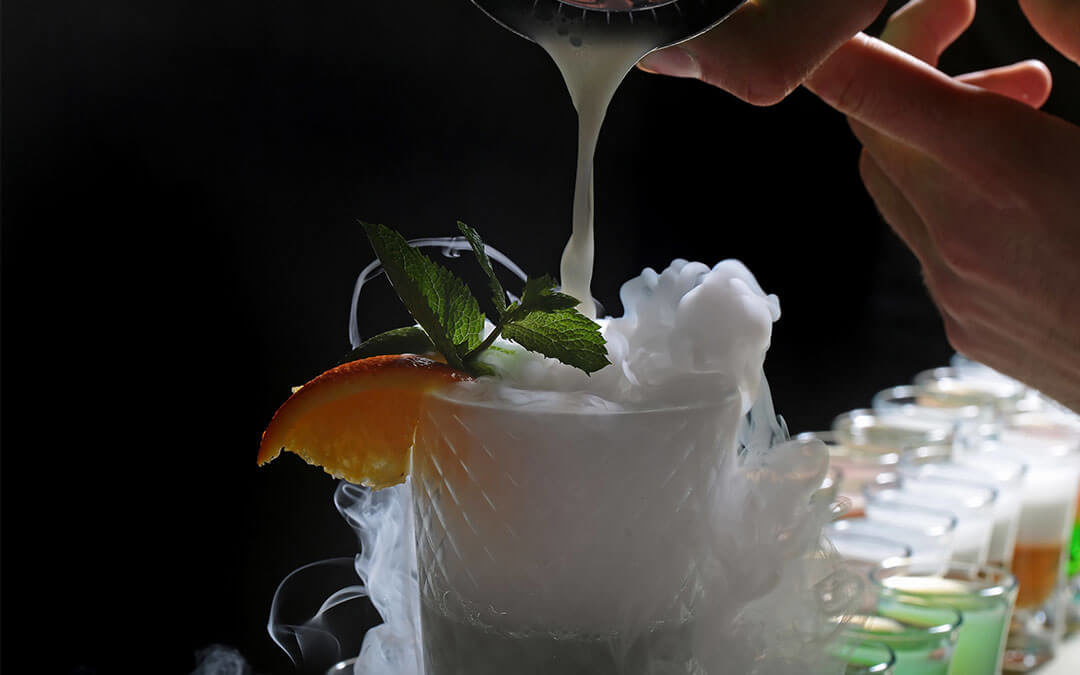 Nitrogen is an inert gas – colorless, odorless, tasteless – that constitutes almost 80% of the air we breathe (the other 20% is oxygen). Less soluble than carbon dioxide, nitrogen will only dissolve in liquid under pressure. Once pressurized, nitrogen gas forms tiny bubbles, changing the texture – and appearance – of the nitro-infused liquid.

Unlike nitrous oxide, which has medical applications for sedation and pain relief, pressurized nitrogen gas does not have intoxicating properties. Nitrogen infusion brings effervescence to consumable liquids, without mind-altering side effects. Certain energy drinks – namely, Monster – are labeled to indicate the presence of nitrous oxide in their formulas. This can be misleading. The truth is, these drinks are actually nitrogenated, and the included nitrous is in liquid form, rather than gas.

Nitrogen infusion enhances the flavor and aroma of a beverage, and increases its perceived sweetness, without the addition of sugar or other caloric sweeteners. Nitrogen doesn’t change the flavor itself – rather, the bubble infusion changes the mouthfeel of the drink as it is consumed. When micro-bubbles roll across the tongue, the feeling creates a sensation of creamy sweetness.

Nitrogenated beverages have a velvety texture – unlike carbonated beverages, which have more of a bite. Nitrogen infusion produces a thicker mouthfeel than carbonation. While carbon dioxide bubbles produce a fizzy sensation on the tongue, nitrogen bubbles change the texture of the beverage itself – for a smoother effect.

Food-grade nitrogen has a purity level of 99%, making it suitable for infusion in a variety of beverages – from beer to cocktails, coffee to tea, and juices to protein and energy drinks.

Pleasing To The Eye (And Nose)

The micro-bubbles in nitrogenated beverages offer visual appeal, as well as enhanced taste and mouthfeel. The nitrogen infusion process produces a cascade of bubbles, resembling a waterfall in slow motion (or in reverse). For this reason, nitro-infused drinks are best served in clear glasses, to allow the consumer to enjoy the visual experience.

The aromatic foam head of a nitrogenated drink also adds to its appeal, turning a once-thin liquid into something thicker and creamier – something to be savored. The infusion of nitrogen makes any drink into more of an experience – one that is less likely to be gulped down mindlessly. The frothy head, the released aroma, the cascading bubbles, the silky taste and texture – all contribute to creating a drink that the consumer will take their time to enjoy – before ordering a refill!

From Beer To Coffee To Soda – And Beyond

The original nitrogen-infused beer is Guinness, and craft brewers around the world are now using nitrogen to change the taste and texture of their stouts and ales. Nitro cold brew coffee is a featured beverage in many coffee shops, offering a sweeter alternative to traditional cold brew coffee. Soda giants like Pepsi are also experimenting with the form.

The flavor enhancement – and added sweetness – produced by nitrogen infusion is allowing brands in the beverage industry to come up with exciting new products – and new spins on old classics. Nitro-infused coffees and sodas give consumers fresh takes on familiar flavors – and their popularity is rising.

Adding Value To The Beverage Industry

Beyond its flavor, the visual presentation of the nitro-infused drink adds to its perceived value. Part of the enjoyment of drinking a nitrogenated beverage comes from the multi-sensory experience created by its tiny bubbles. Enhanced sweetness, texture, and aroma all contribute to the smoothness of each sip.

In the future, as consumer preferences expand and diversify, expect to see a growing variety of nitro-infused beverages bubbling up on the market.

← 5 Interesting Facts About Carbonated Water What Are The Benefits Of Cryosurgery? →